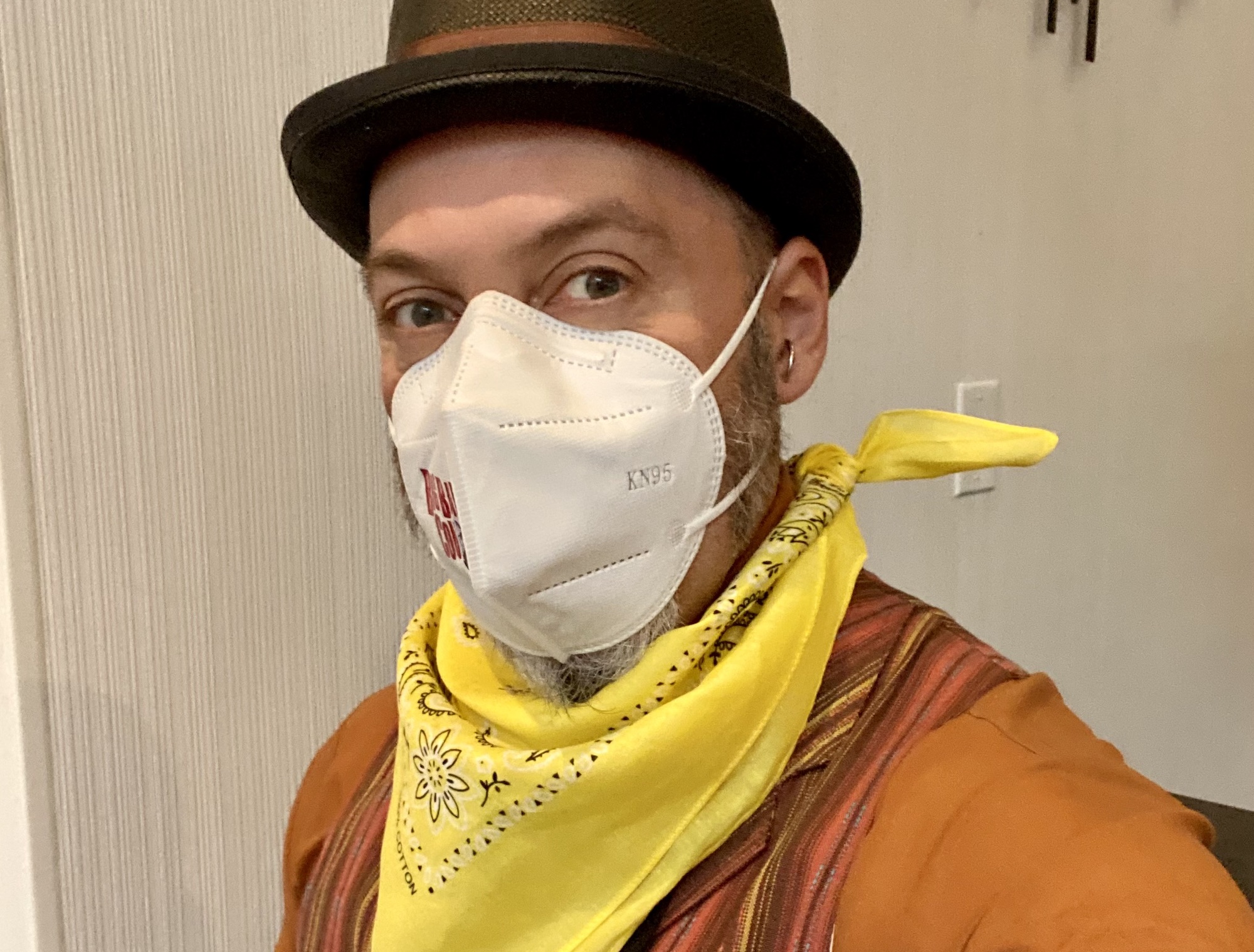 2022 was an excellent year for games! First and foremost my favorite con Big Bad Con happened again — in person even! I’m really proud of how well everyone who is part of Big Bad Con managed the complexity of bringing the con back in person, at a new hotel, and with the added difficulties of protecting everyone’s health with COVID (and all the other Fall viruses).

I really enjoyed seeing all my friends in that community in person for the first time in ages! Besides running a couple games, playing in some great games, I also volunteered as a greeter. The main image above is me on my greeter shift! Being a Greeter is a great way to see people — just stand in one place and people will come to you!

Opening night at Big Bad Con 2022, I ran Dino Karaoke, which is karaoke + dino masks! At Games on Demand, I offered to run either Our Queen Crumbles or Paris Gondo, the Life-Saving Magic of Inventorying — both wonderful zero-prep GM-less story-games. I also ran a scheduled game of Electric Bastionland.

The Bastionland game was a collage of idea from the campaign I ran for over a year. I built maps using a collage of art from Dyson Logos Cartography, wrote out NPCs, and fleshed out random encounter tables. Frankly I completely over prepared. The players explored maybe 5% of what I had prepared! They all had fun and it was a good story anyways and that’s what counts! I plan on putting all this together as a zine module and releasing it on my itch.io this year!

In 2022, I also attended a horror game mini-con where I ran my Lacuna Dark bank heist game — a game idea that I’ve had stewing for years. I ended up running this game twice — both games were amazing and had remarkably different stories! I put a few finishing touches on the game and released it on my Itch.io: Bank Job In Blue City.

My regular online game group has been playing a campaign of the mythic hero game Agon. Agon is amazing and really captures the heart of mythic hero stories! We are near the end of that campaign. Our group likes to try different game systems so we might do a few smaller one shot games for a bit.

One my own I played the amazing solo game Thousand Year Old Vampire. It’s amazing where the story prompts lead you in that game! I don’t play video games much but I made time for the video game Citizen Sleeper.Soooo good! Citizen Sleeper is honestly some of the best cyberpunk storytelling I’ve encountered in years!

I dislike doing “resolutions” but I do have a few goals for 2023:

Stay tuned to all of the above by subscribing to my newsletter below!

I hope you all have something fun to look forward to doing in 2023!