I was inspired and made a micro rpg game for David Schirbun’s awesome #200WordRPG challenge called THE RAVER AND THE BEAR! You should check out the 200 Word RPG Challenge site as there are some amazing entries. I especially love LoveInt and Holding On and KillByNumbers but I’ve honestly barely scratched the surface of all the entries.

UPDATE!!! NEW RAVER AND THE BEAR – ECLECTIC HIPSTER EXPANSION with rules for advanced play with the dangerous finicky hipster bear. 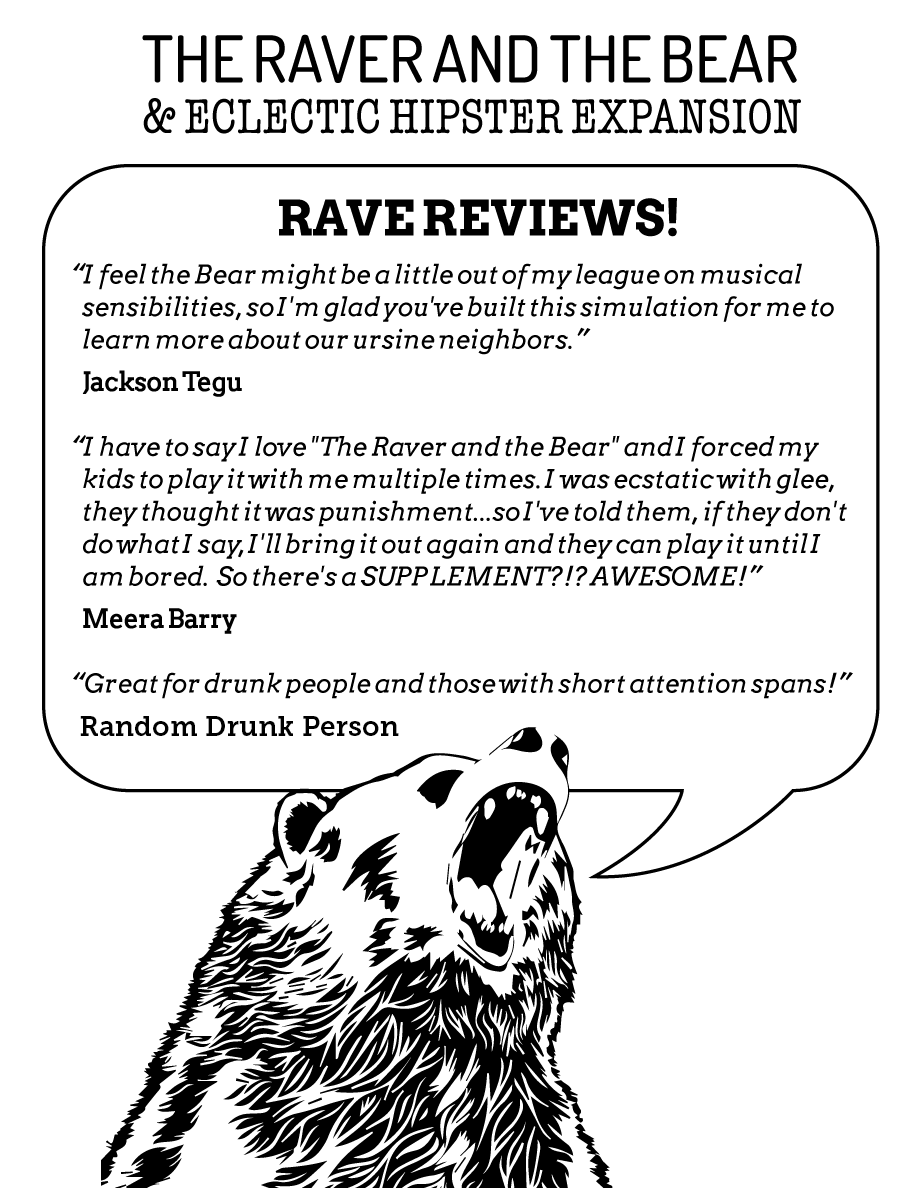 THE RAVER AND THE BEAR is available for download as a print-n-play PDF as a pay what you want game!

HE RAVER AND THE BEAR FAQ